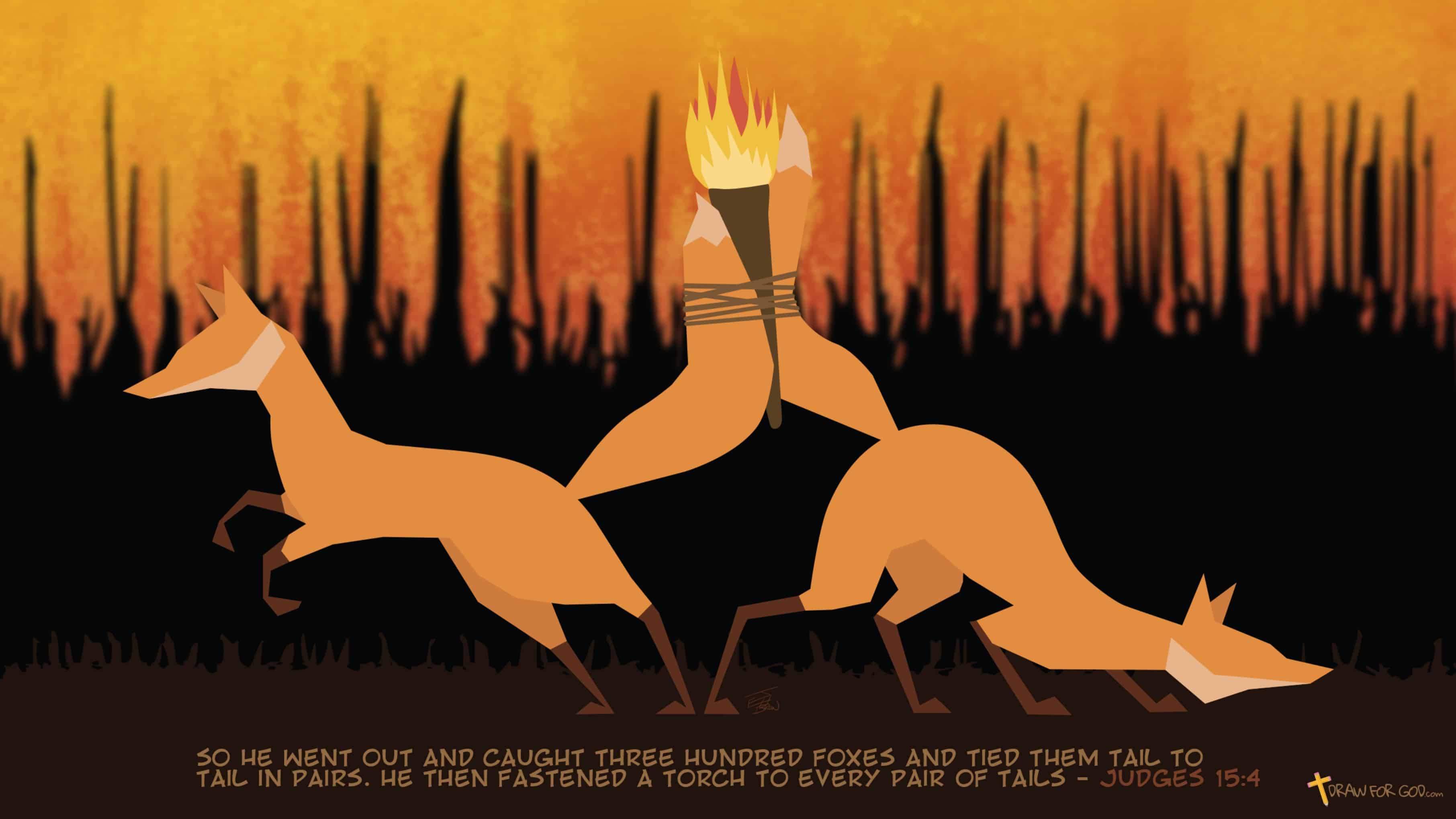 🦊🔥🦊 As we live our daily lives, Samson’s quick and careless actions can serve as a perfect reminder to us. Slow down. Pray about the situation. Wait for the Lord! Don’t act out first and then regret it later. We need to remember to be still and let God fight our battles. No matter how mad and clever we may feel during those times of rage, we should never return evil with evil as Samson did when he released the foxes. We are all created for God’s plan and we have to be patient, obedient and ready when he calls on us.

God created Samson in order to begin the deliverance of the people of Israel from the Philistines. For this reason, God gave supernatural strength to Samson. He was to dedicate his life to God and a vow was established where he was not to drink wine, touch a dead body or even cut his hair. If Samson remained faithful to God, he was to remain blessed with the superhuman strength.

As Samson grew older, he pulled away from God. His life was preoccupied with lustful yearnings and he became more interested in serving himself other than the Lord. Ignoring the vow that he made with God, Samson confronted and fought the Philistines only if he was personally wronged by them.

Because he kept attempting to do the will of God on his own time, heartache and misery continued to find its way back to him. Over a careless bet, the Philistines and his wife betrayed Samson which made his anger boil over. Instead of waiting on the direction from God, Samson took it upon himself to seek vengeance.

Samson went and caught three hundred foxes, and took torches, and turned the foxes tail to tail and put one torch in the middle between two tails. – Judges 15:4

During the time of harvest, Samson devised a plan to retaliate against the Philistines. He caught three hundred foxes and tied their tails together in pairs. Between each pair of tails, he attached a flaming torch and let them loose within the Philistines farms. From the foxes hysterically scampering around, it cause all of the dry grain, vineyards and olive groves to burn up. This action crippled the Philistines’ source of food and economy.

Tragically, the Philistines returned the evil by burning Samson’s wife and her family to death. Time and time again, Samson was tried by the Philistines but he always kept allowing himself to intervene first other than waiting on God’s divine instruction. Only if Samson followed the advice of his mother and of God, he could have had a happy life and avoided a load of pain.

JudgespatiencePsalmSamson
Copyright 2022 - Draw For God - All Glory to God! - How to draw closer to God
Back To Top